Several popular apps have been impersonated and packed with malware named Teabot, the latest Bitdefender Lab report shows. Cybercriminals trick users into installing these apps outside of the official store. If the mobile device on which it’s downloaded has no security solution installed, the malware roams free. 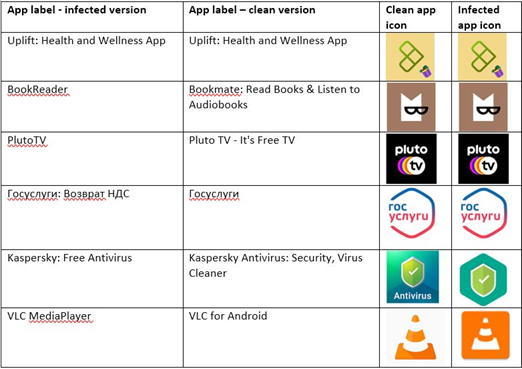 Bitdefender researchers have also identified a strange distribution method, with attackers using a fake Ad Blocker app that acts as a dropper for the malware. They suspect several other fake apps are used, but they remain unknown for the time being. The most reliable way to stay safe from these threats is to install a security solution on your Android devices. Consider getting Bitdefender Mobile Security to protect yourself from any suspicious apps and block any potentially dangerous links you might receive.

Another threat to watch out for is the text message scam. It is currently spreading at full speed across Germany, Spain, Italy and the UK.

The message, which pretends to be from a delivery firm, contains a link that is actually a malicious piece of malware called Flubot.

FluBot imitates the following apps, among others:

Once downloaded, it can take over devices and spy on phones to gather sensitive data, including online banking details. It also has the ability to send more infected text messages to the user’s contacts.

If you feel you’ve had enough bad news and want to jump to a solution, here it is: Bitdefender Mobile Security. It will protect you from any suspicious app and any potentially dangerous link you might receive.